(Paris, 1984) was born in Paris. She studies at ‘Atelier de Sèvres’ in Paris and illustration at ‘Escola Massana’ in Barcelona. She draws for magazines such as El Jueves, Vice or Pandora magazine and makes graphic novels where she writes and uses colored pencils to tell stories about the people she knows and her personal life: ‘El horno no funciona’ (2011, Sins Entido), ‘Tuerca y Tornillo ‘(2013, Apa-Apa) and’ Poulou y el resto de mi familia ‘(2018, Sapristi) also published in french by Cambourakis in 2020. She loves when things don’t go as planned because she thinks that’s where the best anecdotes for her comic books and strips come from. She loves Fiona Apple, Larry David, food in general, and pigeons. 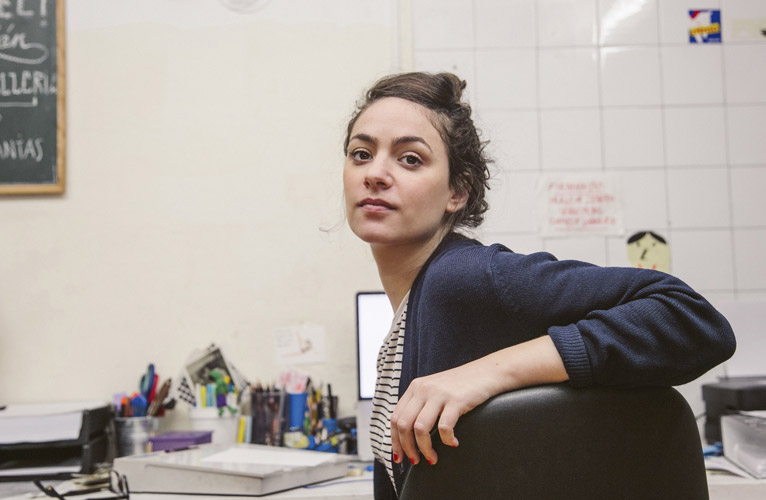